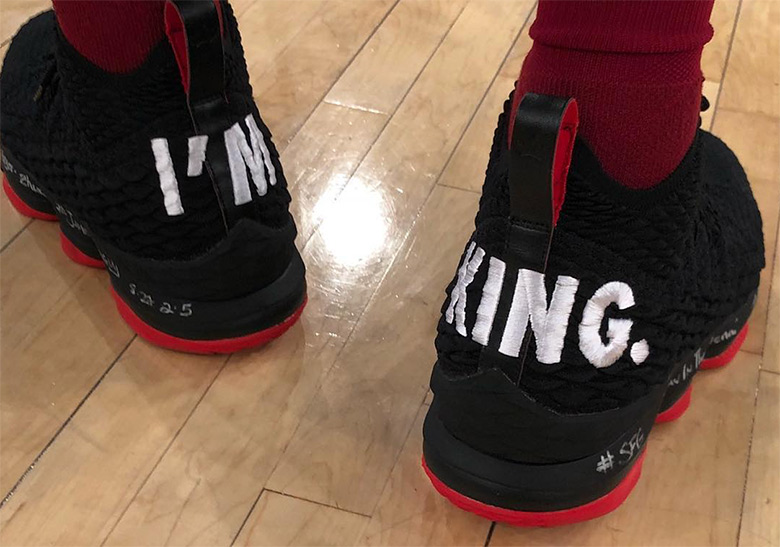 Earlier this NBA season, LeBron James ruffled some deadass feathers with a “King Of New York” claim on Instagram after his Cavs defeated the New York Knicks in comeback fashion. This led to a harmless and shortsighted clapback attempt by Enes Kanter, the Knicks forward who plays more defense on social media than he does in the paint. More recently, a billboard message went up to LeBron in an effort to lure the future free agent to NYC, challenging LeBron to prove his claim of ruling the realm of the five boroughs. With the Cavs playing the Knicks tonight at the garden, LeBron came prepared with a pair of PEs that simply read “I’M KING” on the heels, which pretty much shuts down any possibility of the future Hall of Famer from donning blue and orange. 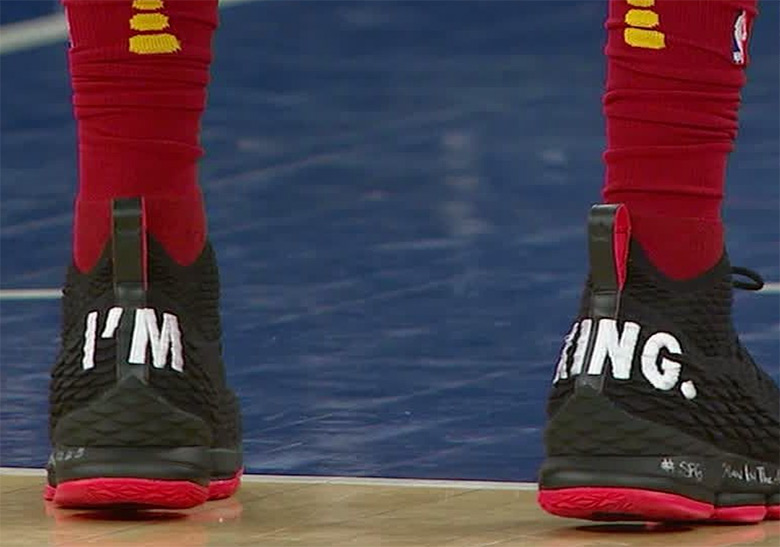 The 24 Sneakers That Defined Kobe Bryant

The Nike Blazer Mid '77 Is Coming Soon In Black Suede